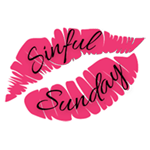 The idea for this photo came to me a few weeks ago when I first discovered that the Sinful Sunday prompt for July was ‘chair’, but as it’s a shot I couldn’t achieve alone I had to put it off and wait until I had a suitable camera assistant. Even then it was a little difficult to get the shot, out of around 50 frames there was only one that picked up the pose and the chair and was actually in focus… but as things often are with creative pursuits – it evolved into something else.

When fiddling around with the layers I picked up the wrong one and hit transform->scale and ended up with that slightly bigger ghost like image hovering in there and it resonated with me.

It was a blast spending the day hanging out with my good friend Rose, we even took a few toys I’ve been testing down to the beach for an impromptu photo shoot and I think I’ve got her convinced to appear in a future Sinful Sunday image.

After just checking out some of the other photos people have taken this month I came across another with a slightly similar idea to mine, but I find it to be a much more creative concept than mine -> Perspective by Exposing 40 .

Don’t forget to go and check out all of the other, awesome #Sinful Sunday posts that have been published this week, or better yet grab a camera and join in.

This site uses Akismet to reduce spam. Learn how your comment data is processed.

Screaming-Violet.com was born in 2010, the creation of an overly aroused 30-something mother of one as a place to express her sexuality. Read More…